SEM Sessions is a series of masterclasses

SEM Sessions is series of workshops, interviews, mixes and masterclasses with producers, label bosses, publicists, promoters, DJs, and all the other wonderful combinations of people doing their thing in the music industry. Most recently, we’ve had Ben Pearce (of global deep house hit ‘What I Might Do’) and Denis Jones (co-collaborator on Mr Scruff’s latest album).

Access to music is an important ethos of SEM Sessions, as with the School of Electronic Music. As such, 50% of the seats available for SEM Sessions are opened up for the public to attend, and not just allocated to SEM students – and SEM Sessions are always free. If you’d like to keep in the loop about these events, sign up to our newsletter

The SEM sessions are streamed live online, so put your name down for the next one and we will let you know when its on! 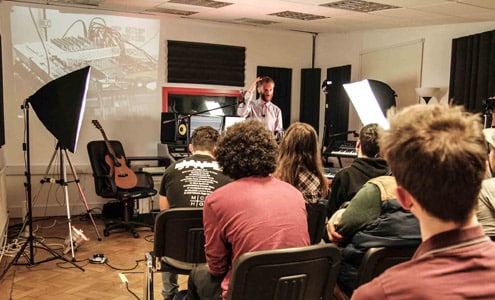 The aim of SEM Sessions is to bring musical discussion and interaction to the forefront, to educate, inspire and encourage the relationship people have with music, and have some fun whilst doing it!

Born to Punjabi parents, started life on a Longsight Council Estate, Aziz is the man who took what Noel Gallagher described “the hardest job in the world” when he replaced John Squire in The Stone Roses, and is celebrated for not only his guitar playing but the co-writing he did with Ian Brown.

His writing accolades include hits my star, corpses in their mouths, and many others from unfinished monkey business, along with working alongside Paul Weller and Akala. As a musician, he’s also spent years in reggae bands suited up in Simply Red, he got funky in The Players, was the only Asian in prog rocker’s ‘Asia‘, the only Muslim in ‘The Christians‘, amongst many others.

It doesn’t stop there – he’s scored the music for Playstation game ‘Eliminator’, he’s led masterclasses as a guitar hero at the famed Abbey Road and BBC Maida Vale Studios, and been invited to Buckingham Palace by Her Majesty The Queen in honour of his contribution to the UK’s countries economy and culture.

Dubbing himself as ‘the original tropical cyberpunk’, Ruf Dug is one of the UK’s finest DJ exports. As a globetrotter and crate-digger he’s spent many of his years in Ibiza, Australia, and a stint in Guadeloupe, developing his musical tastes into something between balearic, disco and exotic house music rolled into one.

With a long career in both DJing and production, several points stand out. He gained notoriety in 2006, landing a place at Red Bull Music Academy, with his tracks being played by everyone from Ben UFO to Erol Alkan, and released on labels such as Golf Channel and Dream Catalogue. Ruf Dug also garnered attention releasing a slew of mixtapes – real tapes! – that were all vinyl mixes, always themed, on one side of an FE-90 every two weeks. As you can imagine, his DJ sets explore a wide range of genres and dynamics, and his imprint Ruf Kutz is a similar outlet his tastes,

He’s now based in London but that hasn’t stopped him from being booked in and around Manchester. He’s also been instrumental in throwing ‘Wet Play’ parties who have been a key player on the Manchester scene for many year, believe it or not he still finds the time for his monthly show on NTS Radio.

check out the past masterclasses 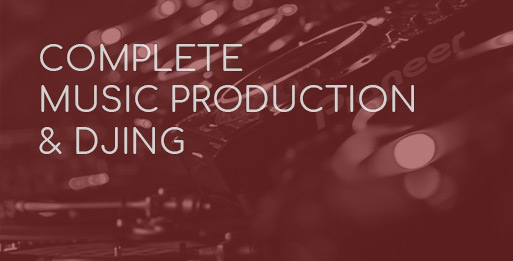 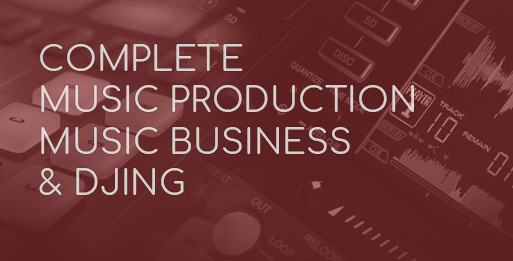 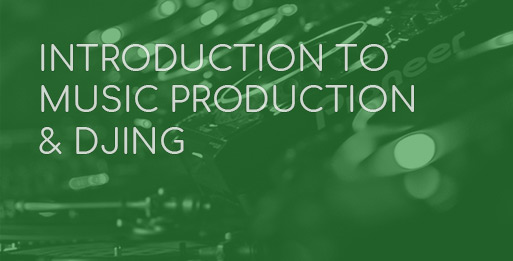